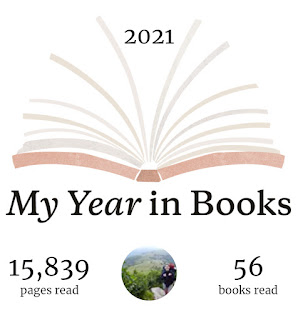 In 2021 I exceeded by goal of reading 52 books for the year, coming in at 56. If I count all of the children's books I have read to my kids as a part of school, this list would be a lot longer. But I try to keep this particular goal to chapter books that are typically close to 200 pages. Outliers do exist in this list as I read Gooney Girl Greene and it was only 88 pages. I think I more than made up for it though by reading Atlas Shrugged which was over 1,000 pages! The favorite series that my kids and I listened to was about the Melendy Family – a series of 5 books, closely followed by My Side of the Mountain, The Willoughbys, and The Biography of Santa Claus. As for adult books, my favorite were We Stood Upon Stars, Adventuring Together, and Electric City. Though I really enjoyed most of the books I read this year. 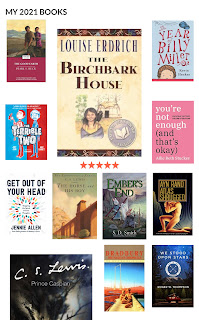 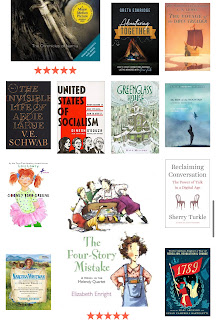 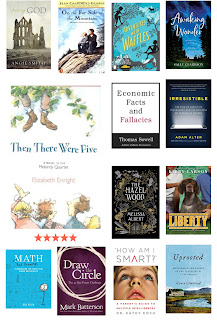 24. Chasing God by Angie Smith
25. On the Far Side of the Mountain (Book 2) by Jean Craighead George (read aloud to kids)
26. Adventures with Waffles by Maria Parr (read aloud to kids)
27. Awakening Wonder by Sally Clarkson
28. Then There Were Five (Melendy Family Book 3) by Elizabeth Enright (audio book with kids)
29. Economic Facts and Fallacies by Thomas Sowell
30. Irresistible: The Rise of Addictive Technology by Adam Alter
31. The Hazel Wood by Melissa Albert
32. Liberty by Kirby Larson (audio book with kids)
33. Math with Bad Drawings by Ben Orlin
34. Draw the Circle: The 40 Day Prayer Challenge by Mark Batterson
35. How am I Smart? by Kathy Koch
36. Uprooted by Grace Olmstead 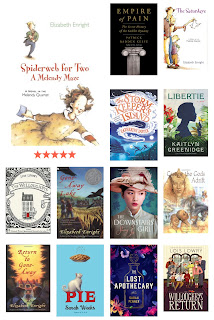 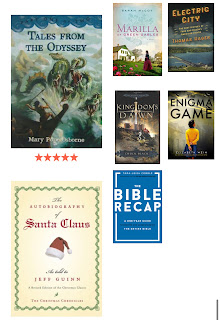 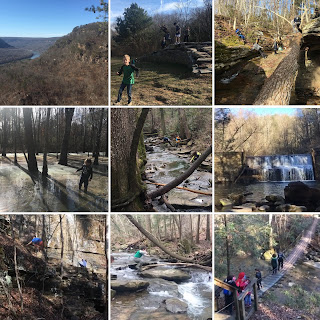 I decided to do a 52 Hike Challenge last year as a way to be consistent with my hiking. Since I organize a weekly hiking group, I figured it wouldn't be too hard to meet that goal. Even if we paused for the summer, I was pretty sure we would still make 52 hikes. 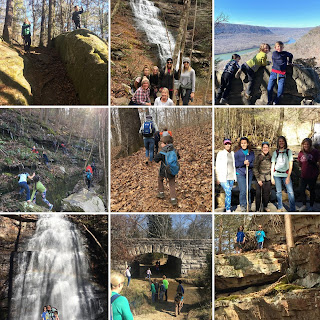 Well we did! As seen in my photo blocks, we actually did 81 hikes. We kicked off the year with our annual New Year's Hike. Then our hiking group completed 39 hikes in our local area. On average we hiked 2.5 miles on these hikes, but we also did several hikes that were five miles long. 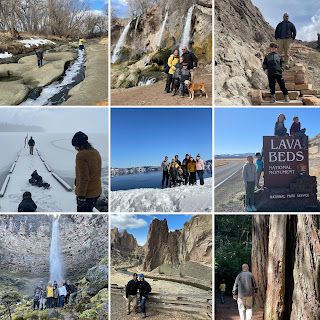 Our family took a camping trip out west in March and April where we hiked in Colorado, Oregon, California, Nevada, and Arkansas. We completed 22 hikes as a family. The hardest for us was a 7-mile day in Yosemite where we made it to the top of Vernal Falls. 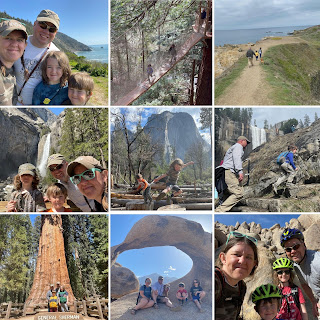 We visited 6 National Parks, 4 National Monuments, 7 State Parks, and made it to the Pacific Ocean – a first for our boys. Among other things, we experienced snow and incredibly big trees in the northwest, hot temps in Death Valley, and the lowest point in America at Badwater Basin. 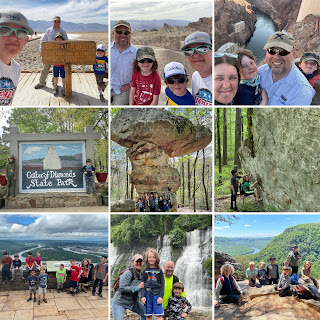 Our camping friends did 7 hikes with us. I'm including our 11-mile bike ride around Cades Cove as a "hike" since it was in a National Park and we were experiencing nature firsthand, just a little faster!

I did two hiking trips with girlfriends. Jack and Daniel completed a five-mile hike with cub scouts. Isaac did his first 5-mile hike-and-bike to Edwards Point. We also did several hikes with local friends who aren't a part of our hiking group. 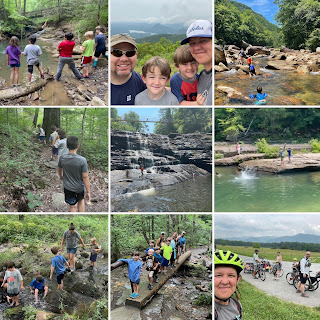 In October our hiking group did a corn maze – a first for my boys, and then one of our final outings for the year was actually ice skating, but I'm counting since it's my blog! 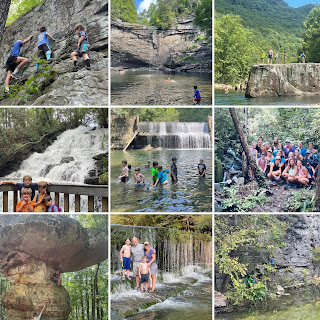 We ended the year with a final National Park hike in the Great Smoky Mountains with a quick hike to Laurel Falls. 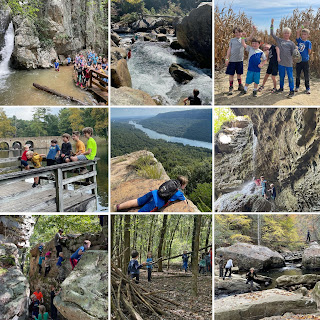 I was trying to track my mileage and hikes for the year on Instagram, but my record shows that I completed 65 hikes with 177.5 miles for the year. I'd wager I hiked closer to 200. It was a good year for hiking. I'm looking forward to whatever hikes are in store for 2022! 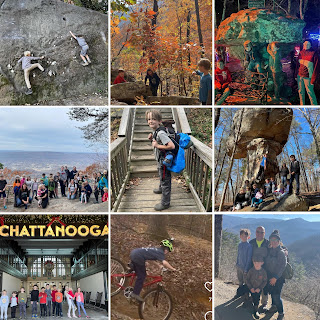 Word for the Year: Thrive 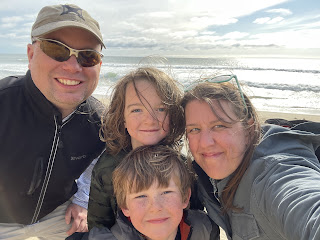 When Daniel and I were newly married, he convinced me to get my motorcycle license. To do this I signed up for a weekend motorcycle safety training course where I learned the laws and took a written test, but I also had to physically learn how to ride a motorcycle. One of the things they taught in the course was that wherever your eyes go your bike would follow. 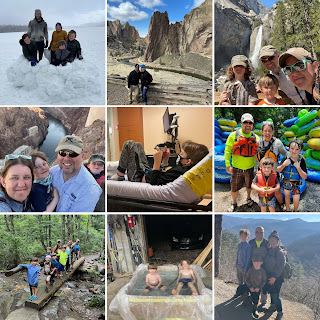 I think this concept is why more than a decade ago –in lieu of a New Year's resolution– I began thinking and writing about a word to define my upcoming year. It helps me set my focus for the upcoming year, and every New Year's day when I look back at my previous year and word, I realize how much my year was aligned with the word I had picked. My year follows my intentions.

Overall, we had a really good year. We took a big trip out west, driving over 7,600 miles and visiting quite a few national parks and monuments. There were hard moments during that trip, but there were also amazing moments we will never forget.

During the year we helped Jack get through a tonsillectomy – one of the worst experiences of his life, but he came through it and learned that eventually things really do get better. On a personal note, I set goals for hiking and reading and blew both goals out of the water by continuing to read and hike even when I didn't feel like it.

We have continued to care for our elderly dog. We thought we would lose her in August of 2020, but she has held on and we have continued to love her through the hard parts – including accidents and having to let her out 2+ times throughout the night for most of the last 16 months.

Sometime during the last several months I experienced a shift. I'm so glad we have continued to show up in our own lives, but I've been convicted that it is time to thrive. I think thriving is a step beyond just persevering when life is hard or in the doldrums. It's more than surviving. There were a lot of unknowns in 2020 and unknowns continued to pop up in 2021. I still hear people talk about how we need to do "xyz" so that we can return to normal. Somewhere along the way, I departed from that frame of mind. At this point whatever we are in is normal and I am ready to thrive where I'm at, regardless of the circumstances around me.

Some would say I have already been doing that. And perhaps they are right, but there are things that can be improved. For one, my health. I am taking more stock in how much I move on a daily basis and what I am eating. Am I drinking enough water? Am I making these things a priority?

Daniel and I have also started to make a better effort at spending time together. Granted we weren't able to go out for our 19th anniversary, but we are carving out pockets of time to date again. Hopefully we will continue to thrive in this arena of our lives.

For our homeschool, I don't want to just check things off my list for the day as I am sometimes wont to do. I would like to improve in the wonder that is a part of our every day learning as well as not neglect the parts of teaching that I don't love as much.

A friend recently told me that she thought I was really good at consistently showing up for things. She is right in some regards, I'm really good at showing up and excelling at the things that I want to do. I'm not so good at consistently doing other things – Daniel could tell you all the things I could be more focused on. I also want to thrive in the areas of my life that aren't my favorite. Or at the very least improve.

So in 2022, while I am hopeful for more adventures and continued intentionality in how we live out our lives as a family, I will also be working to thrive and grow right where I'm planted, regardless of the world around me. I can't fix life for anyone else, but I can make a difference in the lives of the people who live with me. My prayer is that 2022 will be a year of thriving for me and my family.

Psalm 1:1-3 ESV
"Blessed is the man who walks not in the counsel of the wicked, nor stands in the way of sinners, nor sits in the seat of scoffers; 2 but his delight is in the law of the Lord and on his law he meditates day and night. 3 He is like a tree planted by streams of water that yields its fruit in its season, and its leaf does not wither. In all that he does, he prospers."
Psalm 37:3-5 ESV
"Trust in the Lord, and do good; dwell in the land and befriend faithfulness. 4 Delight yourself in the Lord, and he will give you the desires of your heart. 5 Commit your way to the Lord; trust in him, and he will act."
Ezekiel 17:24 ESV
"And all the trees of the field shall know that I am the Lord; I bring low the high tree, and make high the low tree, dry up the green tree, and make the dry tree flourish. I am the Lord; I have spoken, and I will do it.”

Cheree Moore
Just a girl, pursuing the beautiful adventure that is my life. In the spaces between I design, cook, read, hike, travel and try to live out my dreams. ©2017 Cheree Moore. Please do not use blog photos or reprint my writing without asking for permission. Thank you! I am not paid to write reviews, unless otherwise noted. All opinions are my own.